I love being friends with Gwen. Her love for the Lord and for the Word is clearly seen in the way she does life. Passionate and joyful are two adjectves that describe her and two of the various reasons why her company is always a gift. I’m sure you will enjoy the company of her words today on this blog series. 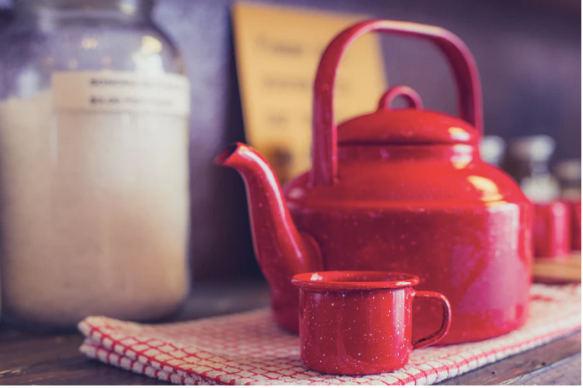 How to be a a Faithful Traveler
by Gwen Burrow

On top of the world
Boots drumming, heart hammering,  I race up the indoor staircase of the ski lodge. My friend Grace is on my heels. We’ve been like this for two weeks: me charging ahead, Grace following to make sure I don’t kill myself on our whistle-stop gallivant across Europe. Dublin > Howth > Berlin > Rothenburg > Nürnberg > Salzburg > Munich > Dachau > southern Bavaria > and finally a vertiginous ride in a glass gondola up to this ski lodge. But I am not here to ski.

At the top of the stairs I burst through the door to the outside. The air at 10,000 feet is thin and bright. Snow-sharpened wind runs up my nose. My eyeballs feel cold when I blink. But I still haven’t reached the top of the lodge and I still can’t see what I came to see.

There’s a ramp. I keep running. Halfway up, I glance over my shoulder and catch my first glimpse of a wide panorama jeweled with blue and white mountain peaks. “I think I might cry,” I hear myself say.

The ramp ends. The world opens. And I step at last onto the wide, windy, snow-packed terrace.

I am in the middle of an Alpine sea: stunning ridge after ridge, rock tip after rock tip spreading out to the horizon and the horizon after that as far as the eye or telescope can reach. Heavy white wings of winter clouds cover the pale afternoon sun, but the mountains are clear. From here I see over 400 peaks across Germany, Austria, Switzerland, Italy. The world has split into thirds: a cathedral of sky, a ring of mountains, and spectacularly hewn cliffs plunging in deep, cobalt shadows to a bottom I cannot see.

Laughing, gasping, I race from railing to railing, trying to take it all in. And I do cry (sort of). Tears come to my eyes but freeze before they can spill over. The yearning, phantom limb-like pain I have felt all my life belongs to a place and that place is here: on top of Germany. As far as I am concerned, on top of the world.

How did I get here?

Sehnsucht
Everyone feels Sehnsucht for a place, a time, a season, an idea. That exquisite ache which C. S. Lewis calls Joy, Sehnsucht is “the stab, the pang, the inconsolable longing,” “an unsatisfied desire which is itself more desirable than any other satisfaction,” “always a desire for something longer ago or further away or still ‘about to be’ “ (Surprised by Joy).

My Sehnsucht is for mountains.

I was born in Germany but have no memory; I was only nine months old when my family moved back to the States. Growing up in Florida and surrounded by jungle at sea level, I could hardly imagine a hill, let alone a real height. It was The Sound of Music that gave me my first look. As I watched the von Trapp family hike to freedom, the Alps became more than a series of pretty peaks. They stood for everything beautiful, painful, and to be desired in the war against evil. Five years old, I knew in my bones that if I was supposed to “climb every mountain” till I found my dream, then my dream was to defy darkness like Captain von Trapp ripping that swastika in two.

Regarding mountains, I do not feel the ache of Sehnsucht so much as I am pierced by it as by a spear. When the oxygen is thin and the pulse racing in my temples and death is a very long way down, then beats hard my own yearning to live a good story and die on time.

For thirty years I felt like a kite flying high and loose on semi-permanent loan to America, my real country after all; there’s no doubt my loyalties are stained red, white, and blue. But always Something held the other end of the long string across the ocean. The only question was when It would reel me in. One day I would go back and touch the snowy crown of the country where the world waged its second bloody war and thousands of my patriot brothers died. I simply had to go.

I explain this so that when I tell you that returning to Germany didn’t feel like destiny, but like I would die or go insane if I didn’t, you’ll believe me.

Well, that was my first mistake. I went insane.

Climb
How you travel is how you live. If you want to run a quick test on how your life is going, if you want to check the quality of your gratitude and trust in God, then step foot out your door—or try to. The first person you meet is yourself. And in my case, it wasn’t a pleasant meeting.

After graduating college and getting a real job, I set my sights on a trip to Germany. All I needed was a budget and a travel buddy. I saved money, invited friends, and made a plan. Then my dad recommended that I buy a car first. So I bought a car. Then my friends had to cancel. So I invited more friends. They agreed, then had to cancel too. I asked my friend Grace if she’d like to come…but no, she was already planning a trip to Italy.

Two years went by. During this time, I didn’t stop planning for a single minute. When I get an idea, I go from zero to sixty in two seconds flat. Trying to stop me is trying to stop a train. I pestered my travel-savvy friends for advice on packing, trains, hotels. On my cubicle wall I thumb-tacked two maps of Germany for motivation (like I needed any). I devoured a dozen books on World War I and II. I updated my passport. I studied German. I planned a wild itinerary: Ireland, Austria, France, and Germany: four countries, 16 cities, 19 days.

And still, no travel buddy.

Finally I announced to my dad that I would go by myself. Now, my dad rarely puts his foot down about anything (especially since I was out of the house and had been for years), but he put his foot down right then (and wisely). No, I was not about to run around Europe alone. End of story.

In despair, I literally made myself sick. Stress caused my adrenaline to skyrocket. My stomach was in knots, appetite dead, digestion in gridlock. I barely slept because I barely needed to. My mind was racing a million miles an hour, trying to solve this problem. I must go, this needs to be my story, so why won’t it just work?!

At long last, the truth broke. Bad job, Gwen. How many times does God have to break your fingers? Let go. Put this trip on the altar. Give it up. One hundred percent. Keep nothing back. So I gave Germany away. I told God that if I ever made it back to my birth country, I wanted the trip to be from Him. Because I was done fighting.

That very second, my appetite returned to normal. And I slept.

Let Go
My dad has a saying: God never takes anything away unless it’s to give you something even better.

God could have kept saying no, and if He had, then that would have been the better story. But when I finally became content not to travel, I suddenly remembered that I’d never noticed any Facebook pictures of Grace’s trip to Italy. Perhaps she hadn’t gone after all. I sent her a quick, tentative email. Was she, by any chance, interested in Germany now?

As it turned out, Italy had fallen through months ago, but Grace had continued to save money anyway…based on sheer gut instinct that God would send her on a journey somewhere else.

My heart started skipping again, but I held my excitement down like you’d hold a beach ball under water. My dad still had to mull the idea over for several days, in his methodical lawyer way. Europe was no longer the Europe he’d known in the 1980s. ISIS was rearing its ugly head and Ebola was creeping across continents, leaving a wake of panic and dead bodies. Even with a companion, traveling might not be the best idea.

August 29, 2014. My dad still hadn’t given me an answer. I was driving to my parents’ house for the weekend and I figured he would tell me his decision at the end of my visit: the answer would be no. The trip was simply too dangerous. Thirty years old and on my own, I still respected my father. I knew I would never leave without his approval. If he was telling me to stay, then God was telling me to say. And I was fine with it.

I walked into my parents’ house that warm summer night and hugged my dad, determined not to say a word. He’d tell me in his own time. I had waited years. I could wait a few more days.

I jerked away. I felt like I’d been electrocuted. “Really?” Then I grabbed him in another hug and squealed.

My dad said firmly: “Just don’t stay in any hostels where it’s an open room with guys and girls.”

What? Of course not! What kind of girl did he think he’d raised? But all I said was, “Okay, I won’t!” Bouncing off the walls. Sheer joy. I was a champagne bottle, heavily shaken and suddenly uncorked. My poor family got the spray, but they were kind enough to join my excitement. Mom started Googling pickpocket-proof purses and the statistics of getting scammed at ATMs. Jen and Lacy were thrilled. Kate pouted and said I had to skip Trinity College in Dublin because I wasn’t allowed to see the Book of Kells without her (she has since then seen the Book of Kells without me). Erin just said: “DO YOU HAVE A CUTE COAT AND CUTE BOOTS.”

Learn this now: Wherever you want to go, you must plan and budget and work for it, and still wait for God to hand it to you. Traveling, like everything else, is a gift. Gifts must be given. You can’t make it happen. You can’t seize for yourself. Oh, you can try, but you’ll make yourself sick and miserable like I did; or maybe God will grant you your way like the father granted the prodigal son his inheritance. Either way, you won’t be happy. Stolen fruit is never sweet.

As with traveling, so with everything. Open your hand and let go whatever you’re desperately clutching. An open palm is open for surrendering gifts, but it is also open for receiving them. And God will put something even better in its place. If you want the gift of Go and God says Stay, then you may sleep in peace, knowing that Stay is better than Go.

Do most people travel for fun? To see new things? To get away from normality? I went to find something, and God gave me so much more than I was even looking for—right in my own home. And when I finally stood in the Alps and watched the sun sink in a riptide of pink glory, I realized God hadn’t just relented and said yes. He had been chasing me here all my life.