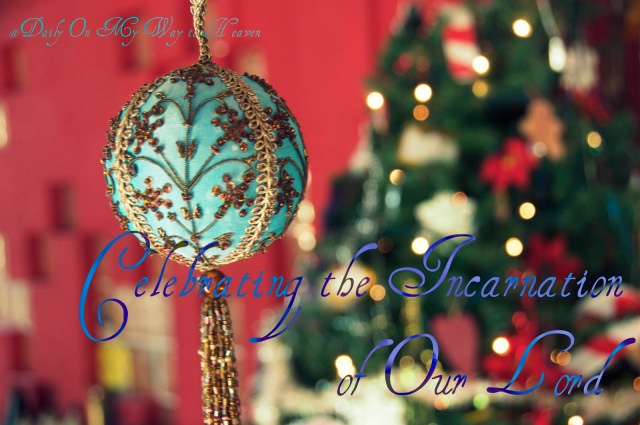 Today I am writing for the little souls in your home; this post is for them.

This story my little one, is true, so pay attention to what I have to say.

Remember the garden your mom has told you about, the most glorious garden that has ever existed? Yes, the Garden of Eden, the beautiful garden where God used to walked with Adam and Eve. It all started in that beautiful place. The serpent came, with lies that Eve believed and they, Adam and Eve, disobeyed God by eating from the only tree God had forbidden them to eat. You know what was the big lie they believed? The serpent told them that they were going to be like God if they took a bite of that forbidden fruit which, of course, looked delicious and pleasant to the eyes. Maybe you say that if you were there you would have never done that; but that is not possible. We all like to believe that same lie; we all like to be our own god. We want to do things our own way, we don’t like to hear precepts and commands, and we don’t like to obey dad or mom. We love our sin; we don’t want God to rule our lives.

Do you know what happened next? Adam and Eve died. First they died spiritually, they were not longer happy in God’s presence; instead, they wanted to run away from Him; they became fugitives. They did not want to seek God. They were, instead, always looking for darker places to hide from Him. Years later they also died physically. And so it is today, sinners are running away from God they are dead, even when we see them walking and shopping. They are fugitives; they do not look for God, they are hiding from Him. All sinners from Adam to the last baby who was born this past second deserve the penalty of death; we all deserve to live far from God, in darkness, in our sin. We all are fugitives.

But God had a plan. He had a plan even before He created Adam and Eve. He had a plan to rescue men and women whose names He had already written even before they were created in a beautiful book which is in Heaven called the Book of Life. The plan was amazing, listen to this:  God, the Son, would become flesh to pay the penalty of those whose names were written in the Book of Life. Who could have imagined such a thing? Yes! He, God-the Son would have to come to this ugly world full of sinful people, in the form of a man; He was going to come, not as a king or an important person, but as a servant. He was going to come to the world He had created; and walked under the sun He had created and eat the fish He had created. He had to come and no one would recognize Him. Isn’t that incredible? Yes, it amazes me too, to think that He left all His glory in Heaven to come as a man so every one who saw Him did not recognize Him as God, as the Creator of all.

This is what Christmas is all about, my little one; it is about the coming of God to this world as a Baby in a manger, who was born with no sin and who never sinned. It is about God taking the form of a man and laying His perfect life on the cross to pay the penalty of death which we deserved and could not pay with our own lives. It is about Jesus’ coming to defeat death; It is about Jesus, the Light of The World who shines with such a splendor that darkness flees from Him. It is about Jesus, the Author of Life conquering death; defeating it when He rose from the death.

This story is about you and I, too. It is the story of our redemption. Now we can walk again with God, not fleeing from Him; we are no longer fugitives, trying to hide in the darkest place, not to be found by God. He came to rescue us. We didn’t do anything! We did not choose to be rescued; we did not write the plan; we were death in our sins; we wanted to be our own gods. But He had a plan, He made a promise and He fulfilled His promise.

He came to us, now we can come to Him.

Peace and Joy be to you, little one.

Related posts in this series: