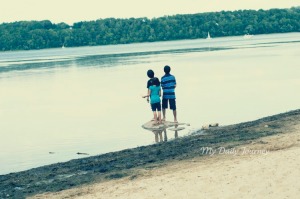 We are studying the period of time when the Puritans were establishing the New Colonies in America. And to show my little one how the children were taught, we will go through some of the things found in The New England Primer; and I thought it would be a good idea to share my favorite ones with you. So the next few Wednesdays, bring your children and let us learn together!

“The New England Primer was the first reading primer designed for the American Colonies. It became the most successful educational textbook published in 18th century America and it became the foundation of most schooling before the 1790s.

In the 17th century, the schoolbooks in use had been brought over from England. By 1690, Boston publishers were reprinting the English Protestant Tutor under the title of The New England Primer. The Primer included additional material that made it widely popular and colonial schools until it was supplanted by Noah Webster’s Blue Back Speller after 1790.” (source)

A In ADAM’S Fall
We sinned all.
B Heaven to find;
The Bible Mind.
C Christ crucify’d
For sinners dy’d.
D The Deluge drown’d
The Earth around.
E ELIJAH hid
By Ravens fed.
F The judgment made
FELIX afraid.
G As runs the Glass,
Our Life doth pass.
H My Book and Heart
Must never part.
J JOB feels the Rod,–
Yet blesses GOD.
K Proud Korah’s troop
Was swallowed up
L LOT fled to Zoar,
Saw fiery Shower
On Sodom pour.
M MOSES was he
Who Israel’s Host
Led thro’ the Sea

N NOAH did view
The old world & new.
O Young OBADIAS,
DAVID, JOSIAS,
All were pious.
P PETER deny’d
His Lord and cry’d.
Q Queen ESTHER sues
And saves the Jews.
R Young pious RUTH,
Left all for Truth.
S Young SAM’L dear,
The Lord did fear.
T Young TIMOTHY
Learnt sin to fly.
V VASHTI for Pride
Was set aside.
W Whales in the Sea,
GOD’s Voice obey.
X XERXES did die,
And so must I.
Y While youth do chear
Death may be near.
Z ZACCHEUS he
Did climb the Tree
Our Lord to see.

1 thought on “The New England Primer -A Lesson for Children: A-Z-”